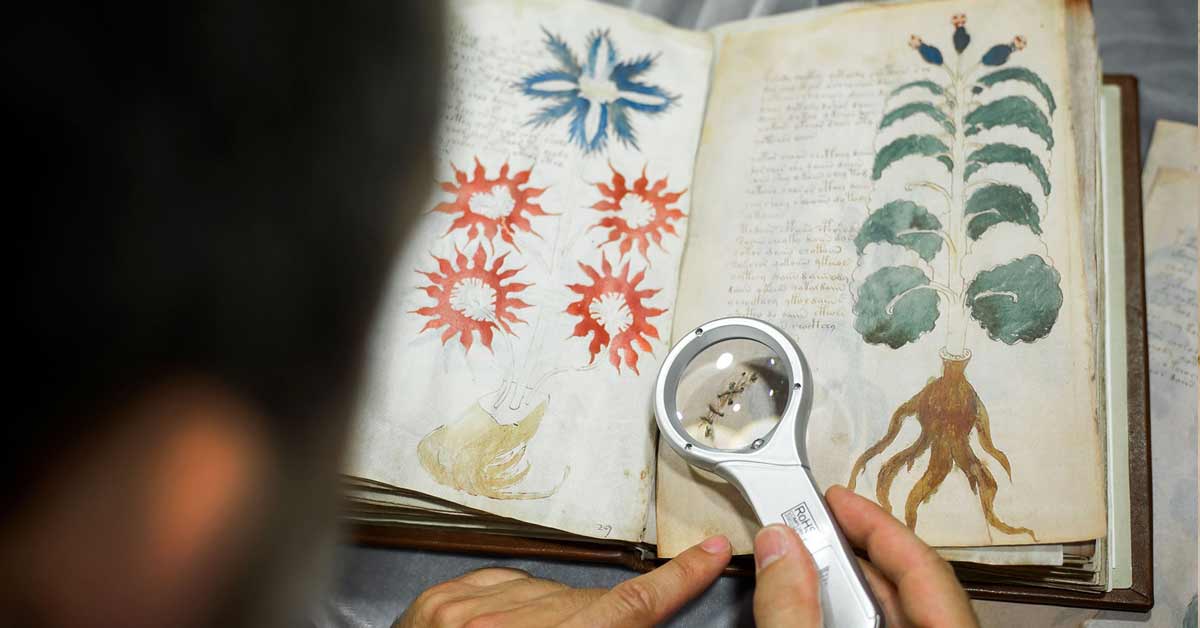 With around 600 or even more, the Voynich Manuscript still remains a mystery to every cryptologist. It continues to stump every scholar’s knowledge with its huge amount of indecipherable language. It is popularly classified as a mysterious code that cannot be cracked.

What is Voynich Manuscript?

Voynich Manuscript is a 240-page medieval codex written in very complicated coded language, it is believed to be coded as no language resembles anything in that text. This illustrated codex book with mysterious codes that cannot be cracked has been under keen investigation for centuries. The manuscript is named after Wilfrid Voynich, a Polish book dealer who purchased it in 1912. After carbon-dating the authenticity and age of the book, it was found out that the book was made sometime in the 15th century, possibly between 1404–1438, and the text may have been composed in Italy during the Italian Renaissance. The book consists of bizarre drawings, esoteric plants, naked women, and astrological symbols.

The 246 pages long, mysterious code that cannot be cracked, has a bound cover with precisely 246 fragile pages of bound vellum or script ready animal skin. However the text does not include any index but apparently has foldouts that have been pressed for ages. There are also some gaps in page numbers stating that it was possible that the manuscript was rebound at some time in the past.

The mysterious code that cannot be cracked

The major problem with this manuscript is that, no one know what language is used and what language is it supposed to be deciphered into. This makes it almost impossible for anyone to decode the actual intention behind the manuscript.

From analyzing the illustrations, scholars believe that the Voynich Manuscript might have been divided into six sections, herbal, astronomical, biological, cosmological, pharmaceutical, and recipes. It’s possible the manuscript is of magical or scientific nature. Historical records state very clearly that the text might have fallen into the hands of alchemists and emperors. In the late 16th century, a German emperor was said to have purchased the manuscript from an English astrologer for 600 Venetian ducats, thinking it was a work of medieval friar Roger Bacon. From there, it eventually traded hands to a Bohemian pharmacist.

How much is cracked?

Nothing is cracked, but something is. Now, this might actually surprise you, the Artificial Intelligence is quite more capable than we think. According to a National Geographic article, the mysterious code that cannot be cracked was actually decoded to a certain extent. After almost all cryptologists gave up, some developers made a computer program that can analyze the writing and categorize it into some language.

Learn more about the recent fall of cryptocurrency here

It was already clarified that Voynich Manuscript was a vowel-less alphagram, a coding system where the alphabetical order of a word can be puzzled (for eg. apple becomes epapl). However the program was successful in analysing the most important factor in this encryption, the language itself. It was identified that the language was nothing but ancient Hebrew.

As per the latest update, with the help of Google Translator, yes you heard it right, scientists were successful in learning around 72 words section, which included “farmer,” “light,” “air,” and “fire” with their new code.

Can it be completely deciphered?

Perhaps, yes. And it would be interesting to know what they were hiding and what other information does this mysterious code cannot be deciphered hold. The Voynich Manuscript is definitely something that made everyone scratch their head for centuries.