Visit this place where 3000 peoples live under a rock, well that is incredible 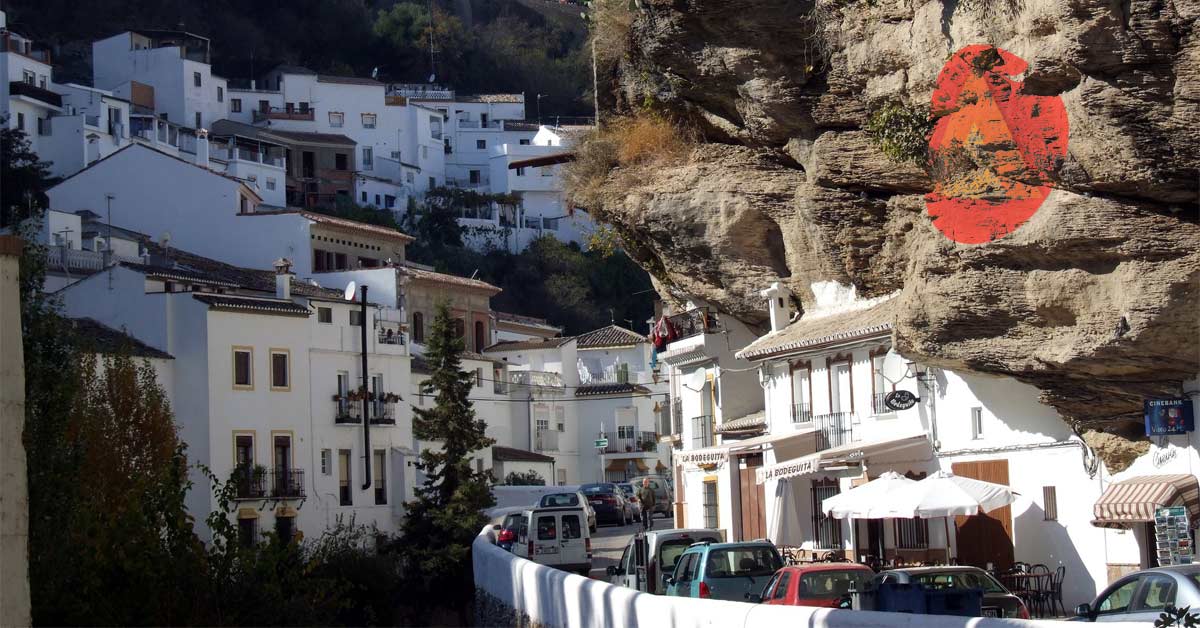 You can come to this town in Spain named Setenil de las Bodegas, where approximately literally 3000 peoples live under a rock.

The whole scenario may make you wonder what their reason is to choose this kind of lifestyle, why would 3000 peoples live under a rock?; perhaps they have a practical reason for that. This location can simply be termed as a cave-dwelling, and you can definitely call their living a ‘stone-age’ style life. This natural cave has turned into a perfect apartment because of its natural protection.

Did you know what a 2000 year old mummy eat for his breakfast? Well Lindow Man has a story to tell

The people living in Setenil de las Bodegas can entirely keep out their house from the hot summer and cold winter. Most of the homes in this area have only one front-facing construction; the rest of the house is supported by this enormous rock mass.

It is also believed that the natives at Setenil de las Bodegas in this area have been living here since the pre-historic time; well, that’s debatable, but 3000 peoples live under a rock for a considerable amount of time.

But there have been pieces of evidence of human settlement in this region since during the Arabic Almohad period in the twelfth century. With the evidence of the other nearby cave-dwelling civilisation, it is clear that Setenil might have been inhabited for more than 25,000 years, perhaps even more. Most of these evidence might have been wiped out during their continuous habitation. One thing is for sure that during the Roman invasion of the first century CE, this land was undoubtedly occupied by the natives.

Setenil de las Bodegas is famous for its meat production, especially chorizo, sausages, pork from the pigs breed in the surrounding hills etc. There are bars and restaurants all around Setenil and are very popular during its weekend lunchtime. The place is currently a top-rated European tourist attraction.

Learn more about cryptocurrency at dos2shell.com

The primary site of attraction is the Moorish castle, a castle that holds a lot of historical relevance. There are the ancient battlement, the defensive tower, along with spectacular view where one could cherish the entire stretch of the town. The tourism centre is also lodged in a medieval structure a some pretty patterned Moorish wooden ceiling.

Did you know that your smartphone is more powerful than a spaceship?

3000 peoples live under a rock but sends a message

Well, Setenils attracts tourist attention for its unconventional lifestyle and structures; this town teaches us something more. It teaches us the importance of maintaining gratitude towards people dwelling in such conditions and an effect of preserving this culture. There are colossal building and bog lands, but the Setenils should be appreciated for their incredibly efficient low impact living style. How they live in this condition for 100s of years is also incredible. 3000 peoples live under a rock to send a beautiful message to this world.