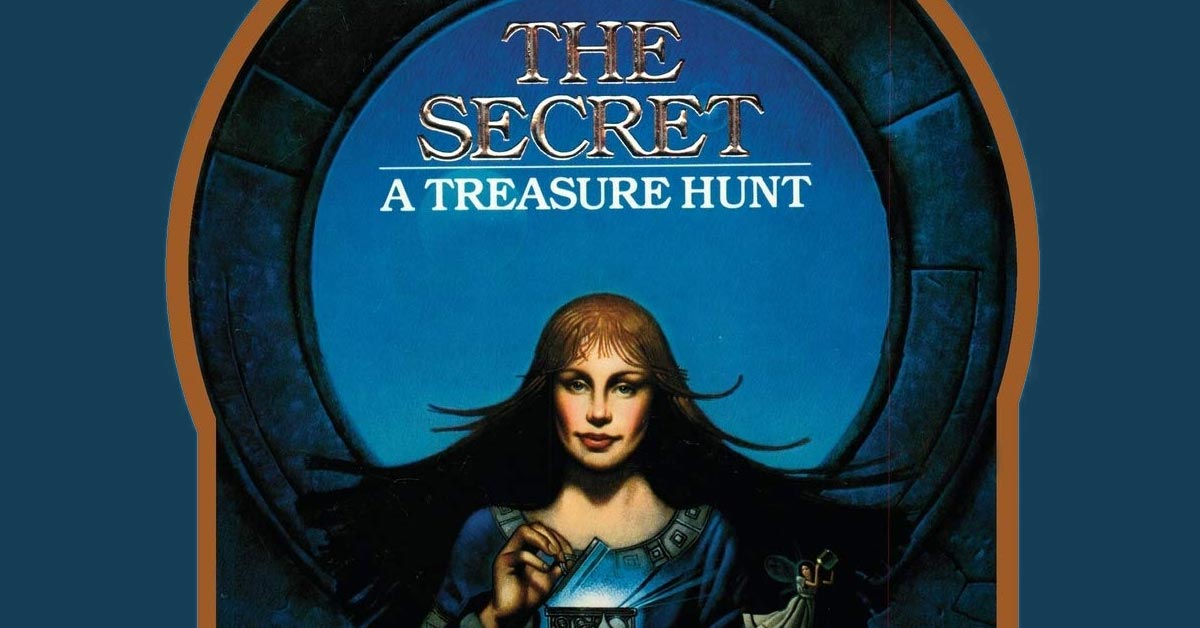 Have you read the secret? Oh wait, this mysterious book “The Secret: A Treasure Hunt” is actually a puzzle that you have to solve to attain secrets.

What is The Secret: A Treasure Hunt?

Dont get confused with the popular 2006 self-help book, this Secret could actually let you earn some real money. In 1982, author Byron Preiss had published a puzzle book, a book that consists of 12 short poems and 12 elaborate paintings by renowned fantasy illustrator, John Jude Palencar.

Pan Am Flight 914: This fascinating plane took off and landed 37 years later

If you are capable of deciphering each painting with the verses it would lead you to different North American cities where these real expensive treasures are hidden. Yes, this is true, author Bryon Preiss has actually hidden real treasure in these locations.

According to reports, Preiss used to often disguise as a construction worker and went to local parks and buried ceramic casques encased in plexi glass boxes. The key inside each casket can be exchanged for a jewel, which is considerably valuable.

According to the book The Secret: A Treasure Hunt

“The jewels collectively are worth over ten thousand dollars. The treasure casques themselves are of incalculable value, never having been owned by man or woman.” – The Secret: A Treasure Hunt

It isnt much easy to solve the riddle it seems. So far only 3 of the 12 boxes have been found since the book was published in 1982. That’s just 3 boxes in 4 decades. Preiss may have overestimated how complicated the riddles were. Still to this day, there are treasure hunters dedicated to solving all 12 riddles.

Locations of the found treasures

The first of the 12 puzzles was cracked not long after the book was published by a group of young students in Chicago. In 2004, a second box was uncovered in Cleveland. Another one was found in Boston in October 2019.

Then, in a tragic turn of events, Preiss died in a car accident. The remaining nine boxes have yet to be found, and reportedly Preiss was the only one who knew where they were when he died.

The book is still available, perhaps you can give it a try.