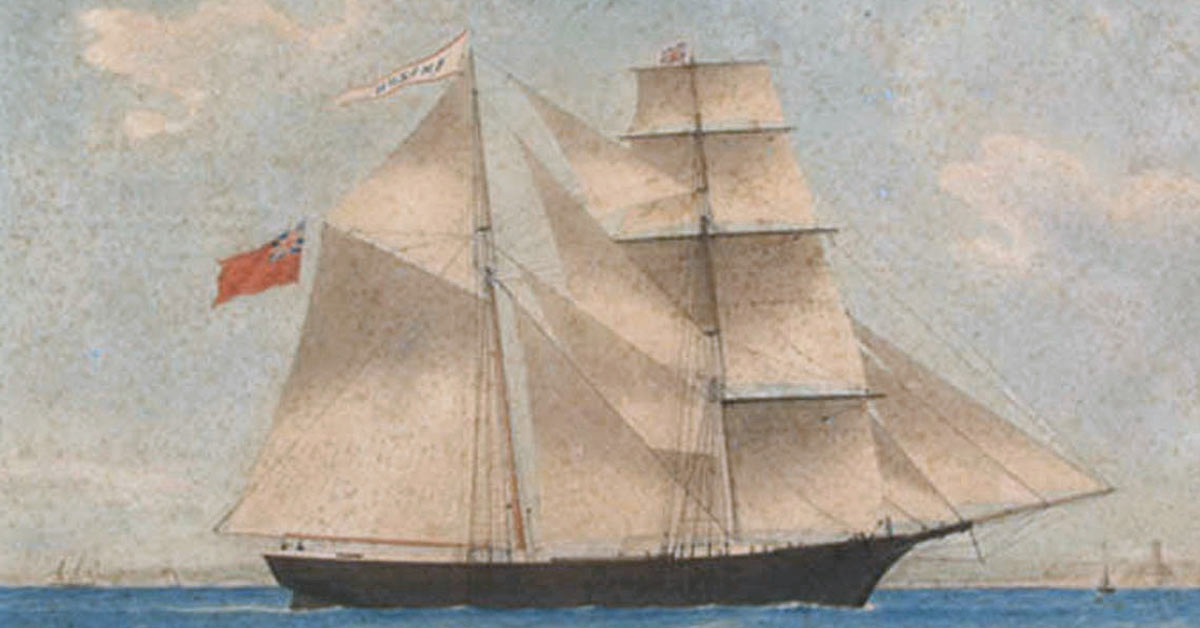 The truth behind the mysterious ship Mary Celeste remains uncovered for over a century.

It was a November 7, 1872 when Mary Celeste – a two masted brigantine cargo ship holding alcohol sailed from New York with seven crew, Captain Benjamin Spooner Briggs, his wife Sarah, and their two year old daughter Sophia to Genoa, Italy. In the early December, when the crew of another ship Dei Gratia spotted Mary Celeste in the mid Atlantic, the ship was already abandoned.

What was more strange was that the crew o Dei Gratia found that Mary Celeste was in decent condition and the barrels of alcohol was intact. The condition of the ship was intact with food and water stocked for the next six months, The crewmen’s gear was still in their quarters. But the crew, the captain, and his family were gone.

The The mysterious ship Mary Celeste caught some attention but things changed when Arthur Conan Doyle published “J. Habakuk Jephson’s Statement,” a short story about a survivor of a ghost ship called the Marie Celeste.

Learn more about the mysterious lake with jelly fish

What happened to Mary Celeste after this incident?

Well, nothing much happened after this tragic incident, the vessel still remained in service and was passed on to multiple owners and finally was acquired by Captain G.C. Parker. In the year 1885, Parker deliberately sailed this ship as a part to defraud an insurance company. But authorities realised this scheme when the discovered that the ship was not completely wrecked but the damaged condition was beyond repairing condition.

Read more about tech at dos2shell

What might have happened to the ship? The mysterious ship Mary Celeste

Well there are not many evidences of what happened in the mysterious ship Mary Celeste, only the family could tell. But since then there were many speculations of what could have happened and some realistic theories state

There is also a possibility that Brigg had his crew who might have murdered the family. This can be a strong theory since many of the indications suggest the same. The crew might have been careful while committing this action. But the motive of the crew would be questionable since nothing seemed missing from the vessel and everything was intact. However, this theory cannot be neglected.

This is the popular and the most convincing theory but still lacks proper explanation. It is possible that there could have been foul play by the crew of Dei Gratia, since the investigation found no evidence this theory maintains a strong position. The fact that both the captains were friends and there was no evidence of violence builds more suspicion on the Dei Gratia crew. The familiarity of both individuals could have made Briggs welcome Morehouse and let him have his opportunity against the family.

Another theory focuses on the ship’s cargo: those 1,701 barrels of industrial strength alcohol. The story goes that some of the barrels may have leaked noxious fumes—a theory supported by the nine empty barrels found aboard. These fumes may have built up causing a small explosion, or at least causing the ship’s crew and captain to fear an explosion.

It is then possible that Briggs ordered a temporary evacuation so that all souls aboard could sail in the lifeboat behind the Mary Celeste while the vapors cleared. At some point, their tow line may have detached, leaving the lifeboat behind while everyone in it watched the Mary Celeste drift away, leaving them alone and helpless in the vast Atlantic.

Whatever it maybe, we would never know what caused this disaster. The mysterious ship Mary Celeste continues to remain as an unsolved story.