The Boston Typewriter Orchestra: The unusual band formed in 2004 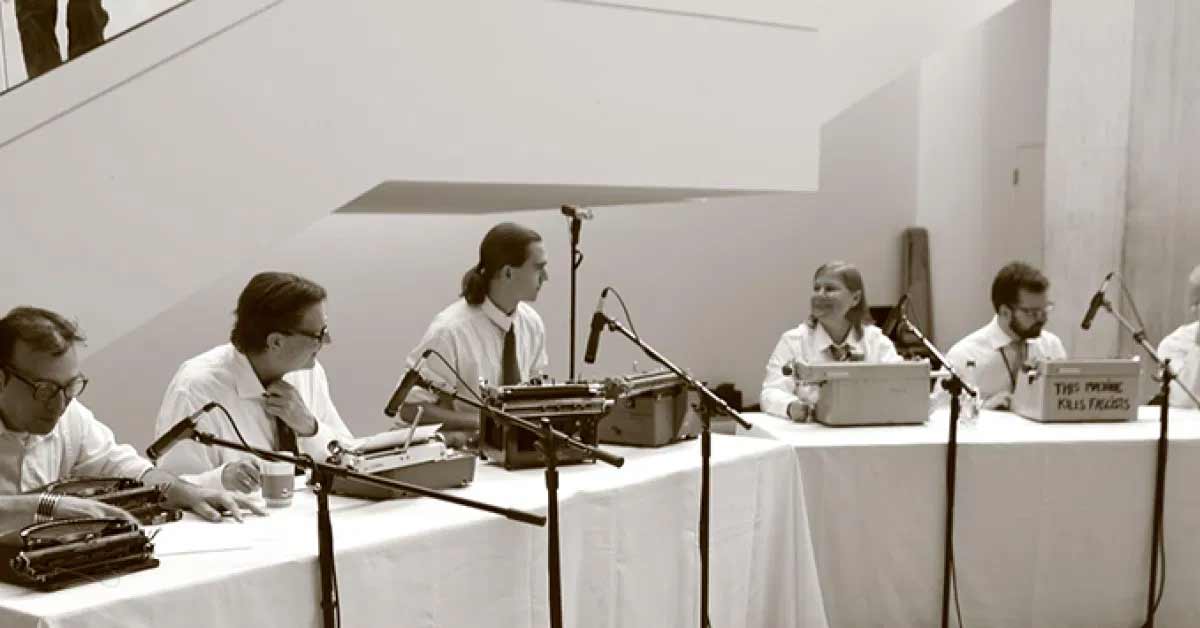 Boston Typewriter Orchestra: the band which uses old typewriters as their instruments

This musical group uses old typewriters instead of traditional instruments. The Boston Typewriter Orchestra has turned the typed word into song by rhythmically clacking, rolling, whirling, and slamming.

Sounds weird, right? Just like The Katzenklaviera: The 17th Century Piano Made of Howling Cats?

After taking a joke too seriously, the band formed in 2004. Tim Devin announced himself as the conductor of the Boston Typewriter Orchestra, and he and a group of buddies put the joke into action. The band began rehearsing on ancient typewriters and gradually developed an entirely new style of music.

How did they come up with this idea?

Tim Devin, a former member of the group, was given a typewriter by his girlfriend while they were in a pub one night. He began typing along with the music, which irritated the staff, who requested him to stop. “It’s ok, I’m the conductor of The Boston Typewriter Orchestra,” he said. He then started to call a few people to see if he could make the concept a reality, thinking there might be something to it.

How does it work? It’s similar to a drum circle in terms of effect. They prefer to perform in groups of four or more. They’ve played with as many as nine people. A significant factor is the variety of machines. Some are big and thumpy, while others are smaller and snappier. Plastic sheets, metal pipes, bells, and everything else we can fit into our typewriters are frequently used by them.

Old typewriters are used by the band because they make unusual noises. They claim that portable models can produce a good tenor sound due to their rapid keystrokes, but that all aspects of the gadgets qualify as instruments. The orchestra’s distinct sound is created by spinning rollers, sliding carriages, bells, and even banging them on the table, with different models providing varied sounds.

The group bangs at at the keyboard semi-haphazardly until gradually falling into synced music, although it’s hardly an exact science. The band used to type on their typewriters with paper, but they always ended up with rubbish. They abandoned paper, claiming that it made little difference to the sound.

They played at the IG Nobel Awards this year and released their first album, which is now available on vinyl!