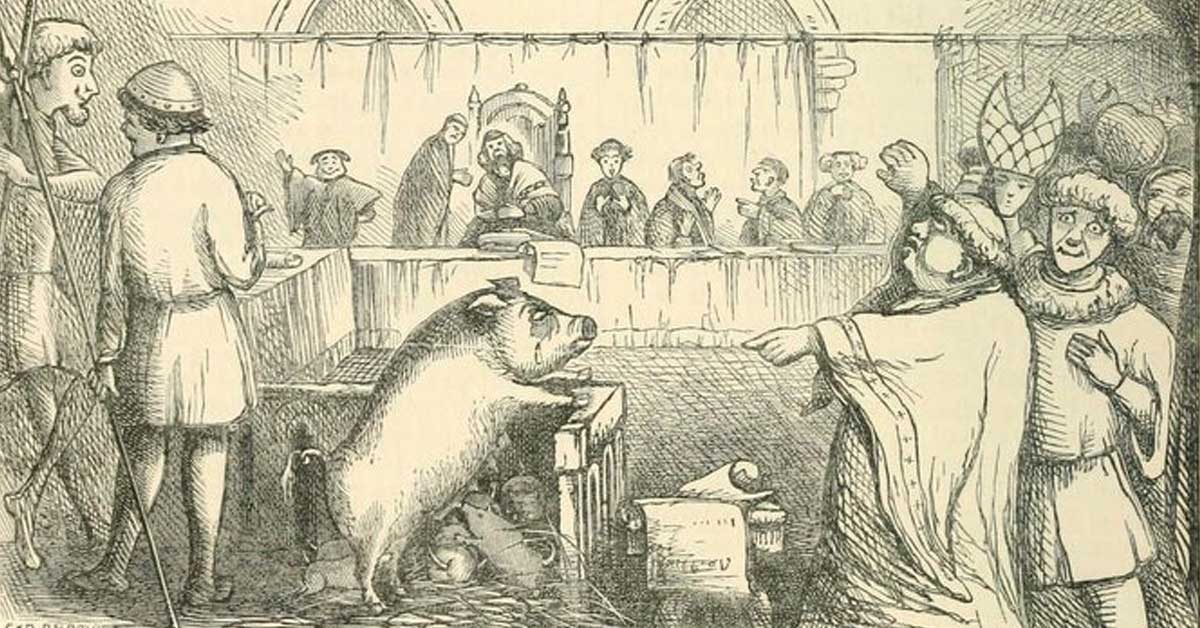 It was not something new in medieval Europe; there was around a 100 animal trial with valid cases. Here is the 13th century pig who faced trial. From today’s perspective, if you look at it, we understand animal cruelty and would not consciously accept any violence against animals. It wasn’t the case back in medieval Europe, especially France, England and Switzerland. Many animals were killed, punished, or even arrested for various crimes that the animals had committed.

Who is the 13th century pig who faced trial?

So there was this case of significant back in May 1499 where a pig was arrested for strangling and injuring a child who was still in its cradle. The child was the son of Jehan Lenfant, a cowherd on the fee-farm, Clermont, France. Apparently, it was Easter Day, and Jehan and his wife were out in the field busy with their daily chores. So the infant was left alone in its cradle. The accused pig had somehow entered the house of the family, attacked and disfigured the child. However, the animal couldn’t cause much harm as the family reached the place.

Thus began the story of the 13th century pig who faced trial. The pig was caught by the family and the villagers. Soon the pig was arrested by the police and was presented before the court. After listening to all the evidence and witnesses the judge was furious against the animal that caused brutal harm to an infant. The judge stated that he understands the horror of the crime and misfortune that was laid on the family. He ordered the police to arrest the pig and execute it as a punishment for the crime.

Top 10 major assassinations this world has ever seen

What was the reason for the 13th century pig who faced trial?

Perhaps there could be many reasons for such illogical trials, but the dominant theory by historians is unemployment. During the 12th and 13th centuries – there were more courts and lawyers around the city and they lacked work. They had no other source of income due to their respectable post in the country. It seemed that the lawyers realised that a case on animal would be a golden opportunity and this won’t be a serious sin. Other historians also believe that there was a popular belief in the medieval England that the world belonged to humans and everything else is under their authority. So if an animal commits a crime, the crime should not go unpunished.

Will you buy an invisible sculpture?

Whatever the reason, such inhumane activities cannot be unseen. Punishment was ideally made to teach humans a lesson and it had nothing to do with vengeance. But now luckily there are more people who care about animal rights and their protection.