HomeFun FactsPadmanabhaswamy Temple In India Will Not Open Its Mysterious B Vault Door...
Fun FactsAsiaMystery 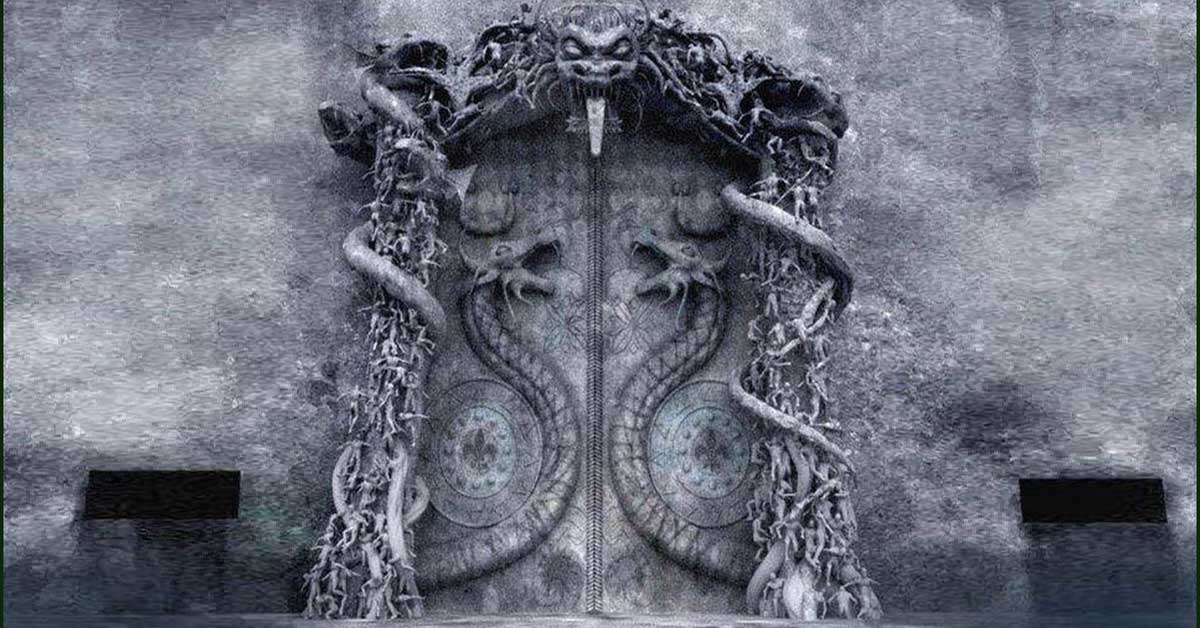 Padmanabhaswamy Temple In India Will Not Open Its Mysterious B Vault Door, What is inside Padnabhaswamy B Vault Door is still unknown.

What is inside Padnabhaswamy B Vault Door has always been a point of discussion in the South Indian state of Kerala. This temple is located in Thiruvananthapuram, the capital of Kerala was built in an intricate fusion of Kerala and Tamil style architecture. The divine presence of the Padmanabhasawmy temple is the Padmanabhaswamy (Vishnu avatar) in eternal sleep on the serpent Anantha.

Learn more about the tech news at Dos2Shell

There are six chambers in the temple out of which Chamber B or natively known as the Bharatakkon Kallara is the chamber where mysteries and secrets are hidden. The chamber is said to have never been opened in the past and is very unlikely to be opened in the near future and it seems like Padmanabhaswamy Temple In India Will Not Open Its Mysterious B Vault Door.

In 2011, the Supreme Court of India sent a seven-member committee for inspection of the temple. In the presence of the temple in charge 5 out of 6 chambers were opened and each of the chambers was filled with valued treasures, diamonds and many other things, golden coins of different nations were also preserved in this temple.

Why Padmanabhaswamy Temple In India Will Not Open Its Mysterious B Vault Door?

Chamber B of the Padmanabhaswamy temple is connected with a lot of mythological and religious beliefs. It is believed that the door of the temple is guarded by serpents, the mantra with which the temple was locked was naga bandham. This mantra was performed by monks or sadhus during the reign of King Marthandavarma in the 16th century.

This place is always on fire since the last 50 years, don’t believe in us?

The belief is also that the vault cannot be opened by other sources and only a highly erudite sadhu familiar with naga bandham can open the vault using garuda mantra (eagle prayer) and apparently sources claim that the door is not locked by any kind of keys but only by these chanting. It is perhaps clear that Padmanabhaswamy Temple In India Will Not Open Its Mysterious B Vault Door.

What would happen if someone opens?

It is believed that if any human attempts to open the vault forcefully with any manmade substance then the mantras will bring catastrophe. Astrologers predict that the doors are so well guarded by snakes that the enormous wealth inside the vault will be destroyed and there could be multiple calamities throughout the country. With all these theories circulating, the Padmanabhaswamy Temple In India Will Not Open Its Mysterious B Vault Door.

Perhaps we could call it a folktale, but there were some real incidents according to an article by Emily Gilchrist, a visiting Englishwoman in 1933, recalls in her book ‘Travancore: A Guide Book for the Visitor’ (Oxford University Press, 1933) about an unsuccessful attempt to open one Kallara in 1908: “About 25 years ago when the State needed additional money, it was thought expedient to open these chests and use the wealth they contained.” “A group of people” got together and attempted to enter the vaults with torches. When they found the vaults “infested with cobras” they “fled for their lives.”

Padmanabhaswamy Temple In India Will Not Open Its Mysterious B Vault Door, will no one even bother up to open?

Is Avengers Endgame the most expensive movie ever made?

There are also claims that the chamber was opened many times during recent times but there is no authenticity to these declarations.

What is inside Padnabhaswamy B Vault Door is still unknown?

It is unknown what is there in Vault B, and is very unlikely if we would ever know. But we can make assumptions, and after the initial investigations from other chambers, it can be understood that the Padmanabhaswamy Temple is the wealthiest place of worship in the world. It is conservatively estimated that the value of the monumental items is close to a trillion US dollars. If the antique and cultural value were taken into account these assets could be worth ten times the current market price.

Other claims are the presence of snakes and other poisonous animals in the vault, which is very much doubtful and doesn’t seem very logical. Another claim also states that the vault hold within it enormous amount of water with its enormous force,it could sumberge the area nearby, which again doesn’t seem to be a very logical assertion.

We are not aware of what is inside, Padmanabhaswamy Temple In India Will Not Open Its Mysterious B Vault Door anytime in the near future and it holds tons of mysteries.

Take a look at Mcledjong