Unbelievable : Indian Man Keeps His Arm Raised for over 48 Years 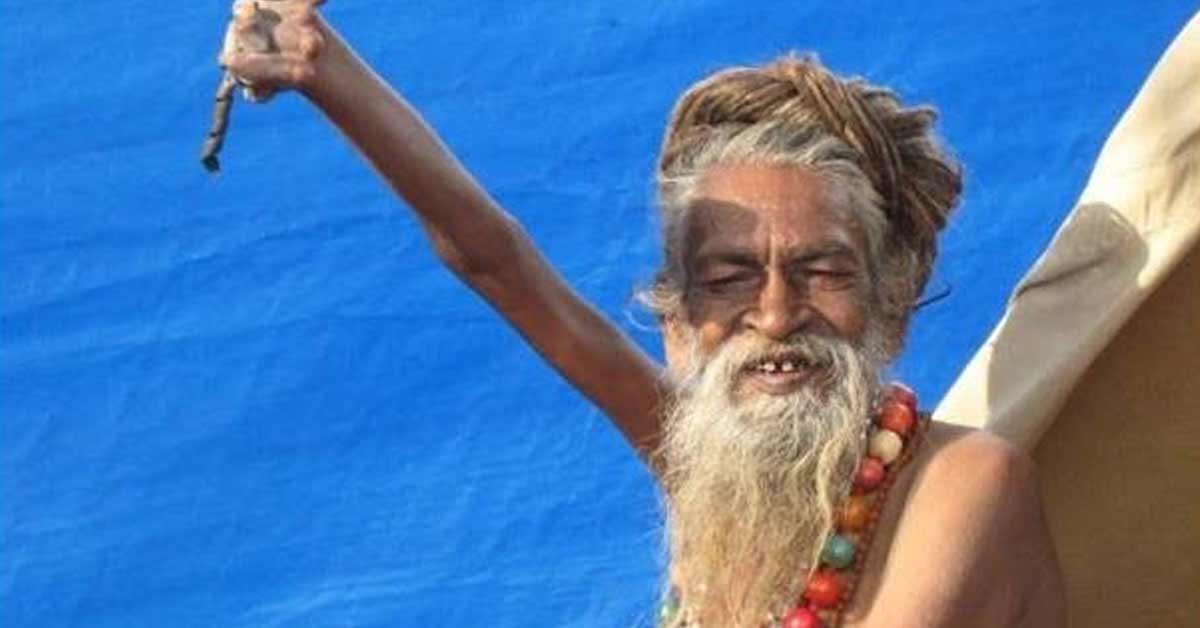 Indian Man Keeps His Arm Raised for over 48 Years in Devotion to Shiva Deity, and this story refers to Sadhu Amar Bharati, an Indian Sadhu.

Sadhu Amar Bharati a Buddhist monk who lives in India, claims that he was a clerk from New Delhi before becoming a sadhu. In 1973, in homage of Lord Shiva, he stretched his right arm over his head. Since then, the Sadhu is said to have continued to raise his hand. He has been holding it up for 48 years despite discomfort and deformity.

Sadhu Amar Bharati’s hand, according to an April 2011 post on OddityCentral.com, is merely a useless piece of skin and bone with heavy and curled nails (that are not clipped) after 48 years of raising. His arm has atrophied to the point where it is locked in an awkward semi-vertical position. Amar Bharati was a normal middle-class Indian with a career and a family before becoming a Sadhu. In 1970, though, he recognised that none of it mattered. He sacrificed everything to devote his life to the Hindu god Shiva. Amar Bharti recognised he was still attached to materialistic pleasures after three years, in 1973. As a result, he opted to keep his right arm lifted to distance himself from them.

According to other reports, Amar Bharati was disheartened by the world’s violence and vowed to raise his right arm in the name of peace. Aside from his past, Sadhu Amar Bharati is well-liked at the Kumbh Mela in Haridwar. The Maha Kumbh Mela, held in Haridwar, is the world’s largest peaceful religious gathering. Other Sadhus have been inspired by Amar Bharati to raise their arms for peace and harmony, with some reportedly doing so for seven, thirteen, and even twenty-five years.

What does this Sadhu Amar Bharati has to say about this?

Sadhu Amar Bharati Urdhavaahu stated in a 2010 interview with Rediff.com that the purpose of his lively talk is to confront the bitterness and strife in today’s world, as well as how humans are destroying other humans. He reminds humanity that living in peace and harmony is essential. When asked if his lifted arm hurts, Sadhu Amar Bharati admitted that it did at first, but that he had become adapted to it. He, like most saints, refused to speak about his purvashram, or life before taking sanyas. “I want all Indians to live in peace” the Sadhu says as the Rediff reporters leave at the end of the interview. “I want the whole world to be at peace.”

Sadhu Amar Bharati explained in a 2010 interview with OneIndia that what he is doing is a form of penance that other gurus have done in the past, and that he is simply continuing on that tradition: “This is known as Oordhaman Tapasya (a type of penance where you devote a part of your body to the Almighty). It is something, which the saints have been doing for long; I am just continuing the tradition. It is not essential that it has timing.”

So when you read the title: Indian Man Keeps His Arm Raised for over 48 Years, what is the first thought that came in your mind? Do you really think that someone can really do something like this for such a long time?

We would like to leave it for you to decide