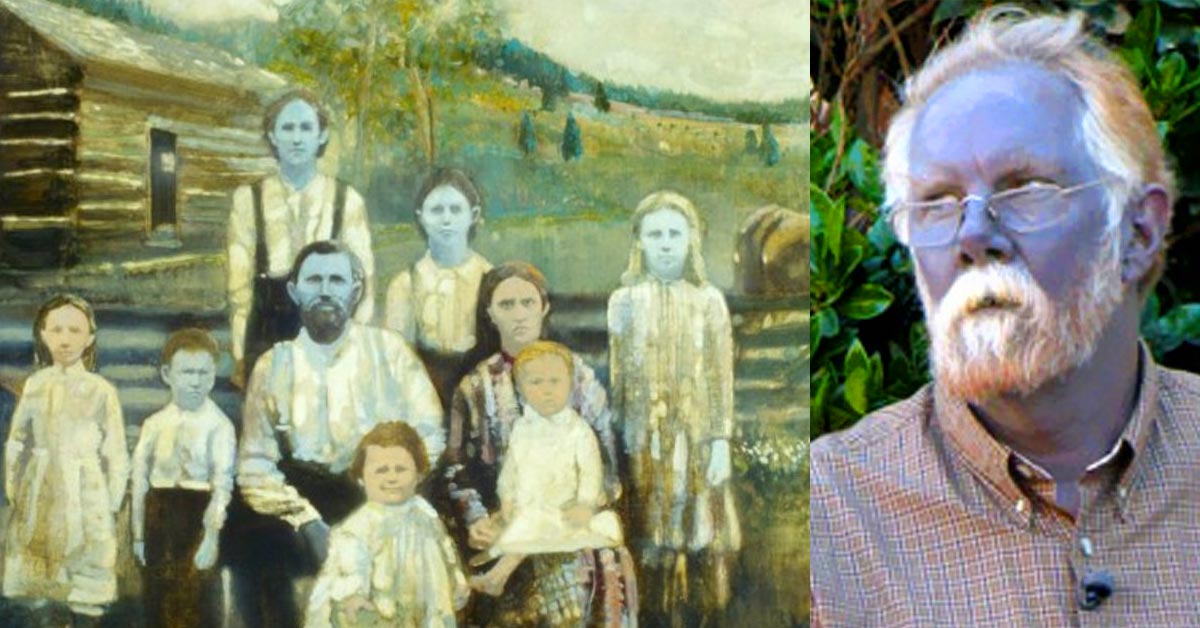 It may surprise many that the Fugate Family of Kentucky was mostly detached from the outside world due to their blue skin that passed from generation to generation.

In 1975, Benjamin Stacy (Benjy) was born and had put the doctors in absolute confusion about what they had seen. Unlike regular babies, Benjy was born with a dark shade of blue. Benjamin’s birth worried everyone and believed him to be an alien for some time. The doctors had called an ambulance and took Benjamin Stacy outside the village to the University of Kentucky Medical Center.

Who are the Blue skin people?

The doctors were no closer in understanding what caused little Benjy’s skin blue. Later, Benjamin Stacy’s grandmother confirmed that he was a descendant of the Blue Fugate; she asked, “Have you ever heard of the blue Fugates of Troublesome Creek?”. Benjamin Stacy’s father also confirmed that his paternal grandmother was a blue Fugate, which was awful for her. Benjy Stacy was the latest in the line of Fugates – Fugate Family Of Kentucky – who had lived in Kentucky’s Appalachian highlands for the previous 197 years.

Where does the Blue Fugate Family of Kentucky come from?

Check our Top 10 Deadliest War list, how much destruction did the Mongol leader Genghis Khan cause

Martin Fugate, a French orphan, was the first Fugate in the United States, settling near Troublesome Creek in the highlands of eastern Kentucky in 1820. He married Elizabeth Smith, who was reported to be as pale and white as the mountain laurel that blossoms in the stream hollows every spring.

Unseen to either of them, they both inherited a genetic defect that resulted in four of their seven children being born with blue skin. There were almost no roads in rural eastern Kentucky back then, and a railway wouldn’t even reach that section of the state until the early 1910s. As a consequence, many Fugates started marrying and having offspring inside their own lineage.

Money Heist new season is here but do you know that there were greater heists in history? Check out our 10 Greatest Heists in History

The Fugates continued to live in relative seclusion for another century or more and were welcomed by the inhabitants of Troublesome Creek. “They appeared like everyone else, except they were blue,” one resident claimed. Nevertheless, by the mid-1960s, several Fugate descendants had come to dislike their cobalt-coloured skin. Not only did their complexion distinguish them, but others had already begun to link their skin hue with the family’s history of interbreeding.

What caused their blue colour?

Because a genetic abnormality causes this blood condition, both parents of a kid must carry the recessive gene for the condition to manifest in their children. Thus, this disease would be sporadic in their family if not for the Fugates’ severe seclusion and interbreeding.

Is there a cure?

Cawein found a treatment for this condition: brighter blue. Contrary to popular belief, methylene blue dye is the finest ingredient for triggering the body’s method of transforming methemoglobin to haemoglobin. The Fugates he treated swallowed this dye, and then within moments, the bluish colouring of their skin faded, and their skin became pink.

The blue people of Kentucky would ordinarily live out their lives as long as they regularly took the drug’s tablets.

Despite the fact that Benjy and the majority of the Fugate clan generations have lost their blue colouration, the hue still appears in their skin when they are cold or flushed with rage. In those instances, the blue Fugate Family Of Kentucky history goes on – a heritage of adversity, solitude, and resilience.