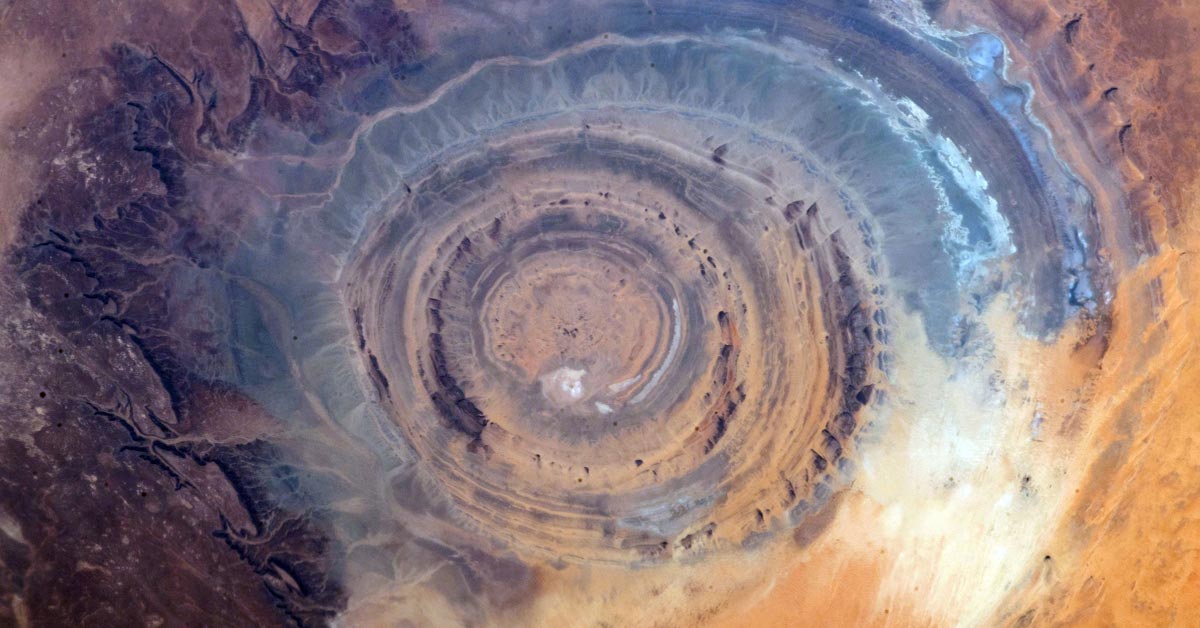 Popularly known as the eye of Africa or the eye of Sahara is a familiar landmark to astronauts since it is clearly visible from space. The 50 km-diameter circular Richat structure is one of the geological masterpieces for some reason remains mysterious in its own nature.

The eye of Sahara was once thought to be the result of a meteor impact, but recent studies proved that the structure was caused due to some geological process. The onion-like formation has been a jaw-dropping accuracy by the nature. But what would have caused this natural phenomenon?

Explore the 10 greatest heist in the history of this world

How was the Richat structure made?

This was probably caused by a process of geological uplift followed by erosion from wind and water. The concentric bands of resistant quartzite rocks form ridges and between valleys of less resistant rocks attached between them. The black area is a sedimentary rock plateau that rises 200 metres above the surrounding desert sands, with the structure’s outer rim peaking at 485 metres above sea level.

The dunes surrounding the phenomenon are part of the Ouarne (Erg Oudane), a vast body of sand that stretches hundreds of kilometres to Mali and contains some ancient Ksours.

Does anyone live near the eye of Sahara?

The majority of Mauritania is located within the Sahara Desert, where the dry climate and periodic droughts make life difficult. Mauritania has a population of about 3.7 million people, with the majority of them living along its Atlantic coast, about 500 kilometres (300 miles) from this location.