HomeTop 10Amazing Top 10 most expensive movies ever made
Top 10Asia

Amazing Top 10 most expensive movies ever made 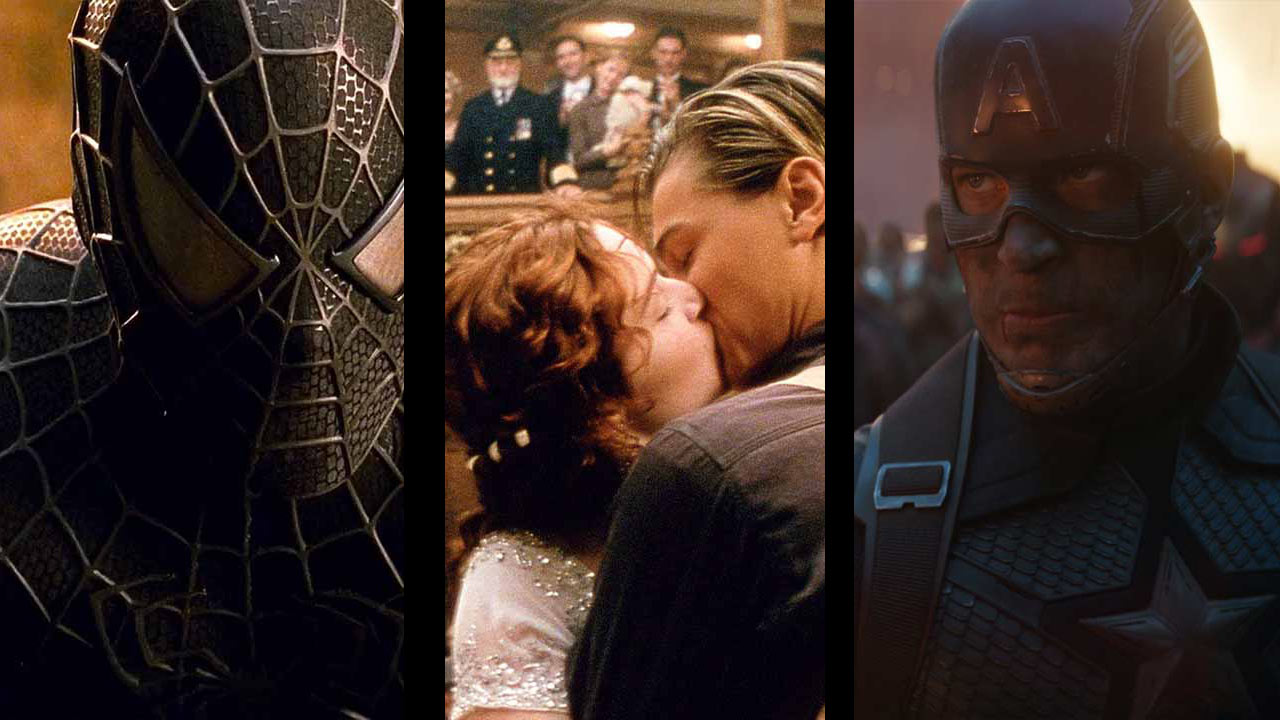 This Top 10 most expensive movies ever made does not include TV series or any other long-running shows, this simply includes the movies that conventionally fit into the category of movies. The Hollywood motion picture industry is very secretive in nature and therefore it is not very easy to classify any movie as the most expensive or least expensive. This list is based on the data available in different sources like The Numbers, Wikipedia, and several other articles. For more information, this list is based on the adjusted inflation rates. The top 10 most expensive movies ever made.

John Carter is a 2012 American science fiction action film directed by Andrew Stanton, written by Stanton, Mark Andrews, and Michael Chabon. The film chronicles the first interplanetary adventure of John Carter and his attempts to mediate civil unrest amongst the warring kingdoms of Barsoom. Despite its heavy budget the movie didn’t perform very well in the box office and was a disappointment because of which Disney cancelled its sequence that was scheduled to release somewhere in mid 2015s. The movie also received a lot of negative reviews and didn’t hold the required public attention. The movie stars Taylor Kitsch, Lynn Collins, Samantha Morton, Mark Strong and Ciarán Hinds.

Harry Potter and the Half-Blood Prince was the sixth Harry Potter instalment and were one of the most loved and popular Harry Potter movies. This 2009 fantasy movie was directed by David Yates and was based on JK Rowling’s novel of the same name. The story follows Harry Potter’s sixth year of college where he was searching for a loophole to defeat Lord Voldemort. The movie was not only with a heavy budget but was also the second highest-grossing movie of that year behind The Avatar. The movie stars Daniel Radcliffe, Emma Watson, Rupert Grint, Michael Gambon and Ralph Fiennes.

Who would have thought this was the last Toby Maguire Spiderman movie, the most loved Spider franchise was also one of the most expensive movies. Spiderman 3 was an American superhero film sequel of Spiderman 1 and 2 and was directed by Sam Raimi. The movie introduced several supervillain characters like the Sandman and Venom and also challenged Spiderman himself with his dark personality that he gained through an extraterrestrial symbiote. The movie was an enormous success in the box office but still failed to make a sequel due to some opinion differences between the director and the writers and producers. The movie stars Tobey Maguire, Kirsten Dunst, James Franco, Thomas Haden Church and Topher Grace.

This 1997 epic romantic was directed, written, co-produced, and co-edited by James Cameron. This single movie had broken all the previous Hollywood records including the most expensive movie, highest-grossing movie, with most Oscar nominations and wins and a lot more. The movie focuses on the life of Jack Dawson and Rose DeWitt Bukate who fall in love during their voyage on Titanic. The inevitable Titanic crash and the touch of originality made the movie loved by every other person. The movie was also said to be the most popular English language movie of all times. The movie stars Leonardo DiCaprio, Kate Winslet, Billy Zane, Kathy Bates and Frances Fisher.

Why is Doge surging all of a sudden?

The movie that changed the concept of movie collaboration and comic book adaptations had been one of the most expensive movies ever. Avengers: Infinity War was a 2018 American superhero film based on Marvel Comics, directed by Anthony Russo and Joe Russo. The movie revolved around the Avengers and Guardians of the Galaxy’s attempt to stop Thanos from collecting all the infinity stones. The movie was also one of the highest grossing movie on that year and made it to be one of the most successful superhero franchise ever and the first superhero movie to cross $2 billions. The movie has an ensembled cast starring Robert Downey Jr., Chris Hemsworth, Mark Ruffalo, Chris Evans, Scarlett Johansson and Benedict Cumberbatch.

Avengers Endgame, a 2019 American Superhero movie, a sequel to Avengers Infinity War, was conclusion of the Infinity Saga. The movie was directed by the same Anthony Russo and Joe Russo. The movie focused on time-travelling and a lot of emotional adventures. The movie went on to be the highest grossing film of all times with $2.7 billions in the worldwide market by beating the Avatar’s run since 2009. The surviving members of the Avengers and their allies attempt to reverse the damage caused by Thanos in Infinity War. The movie had an ensemble cast starring Robert Downey Jr., Chris Evans, Mark Ruffalo, Chris Hemsworth, Scarlett Johansson and Jeremy Renner.

Pirates of the Caribbean: At World’s End is a 2007 American epic fantasy swashbuckler film directed by Gore Verbinski, the third instalment in the Pirates of the Caribbean film series. This movie was believed by many to the end of the original run since the cast of the original Pirates series didn’t return for a considerably long time. It follows Will Turner, Elizabeth Swann, Hector Barbossa, and the crew of the Black Pearl as they seek to rescue Captain Jack Sparrow from Davy Jones’ Locker while they are also prepared to fight the British East India Company. The movie stars Johnny Depp, Orlando Bloom, Keira Knightley, Stellan Skarsgård and Bill Nighy.

Justice League Theatrical (2017) is an American superhero film that was re-released as Justice League Snyder Cut (2021) for the extra edited version was directed by Joss Whedon (2017) and Zack Snyder (2021) respectively. The movie focused on resurrecting Superman to fight an entity named Steppenwolf that was beyond Justice League’s (without Superman) capacity. The original theatrical release only teased with parademons but The Snyder Cut showed the might of Darkseid. The script of the original release was completely altered after Snyder stepped down as the director due to the sudden death of his daughter.

Meet Natwarlal, a man who sold the Taj Mahal thrice

Avengers Age of Ultron is a 2015 American superhero movie based on the Marvel comics and possibly the first ensemble character assembling movie. The movie was directed by Joss Whedon and had technically brought the concept of superhero comics into motion pictures. The movie focuses on Iron Man who accidentally creates Ultron,an artificial intelligence obsessed with causing human extinction. Apart from the budget, the movie was a success in any of its nature, was one of the highest-grossing films of the year and was particularly loved by its critics and fans. The movie also had an ensemble cast of Robert Downey Jr., Chris Evans, Chris Hemsworth, Mark Ruffalo and Scarlett Johansson.

Pirates of the Caribbean: On Stranger Tides is a 2011 American fantasy swashbuckler film, the fourth instalment in the Pirates of the Caribbean film series directed by Rob Marshall. This movie is currently at the top of our Top 10 most expensive movies ever made. The movie was a standalone sequel to Pirates of Caribbean: At World’s End, Captain Jack Sparrow is joined by Angelica in his quest for the Fountain of Youth, while confronting the infamous pirate Blackbeard. The movie was also a commercial success where it made almost a billion dollars and was also one of the highest grossing movie of 2011. The movie starred Johnny Depp, Penélope Cruz, Ian McShane, Kevin R. McNally and Geoffrey Rush.

The definitive list of Top 10 most expensive movies ever made may always remain incomplete since a lot movies are competing and trying cross that specific challenging amount over and over again.

Share
Facebook
Twitter
Pinterest
WhatsApp
Previous articleThe pink lake in Australia is mysterious and amazing in its own nature.
Next articleMayor Max 2 – Learn the amazing story of how a dog became the mayor of a Californian town